ArchDB
× This is not a valid ArchDB classification code. If you are not familiar with ArchDB codes (such as DS.HE.1.1.1) we recomend you to use the database browser.
× ArchDB 2014: structural classification of loops in proteins.
Jaume Bonet, Joan Planas-Iglesias, Javier Garcia-Garcia, Manuel A. Marín-López, Narcis Fernandez-Fuentes and Baldo Oliva
Nucl. Acids Res. (2014)
doi: 10.1093/nar/gkt1189 | PMID: 24265221

How a loop is defined in ArchDB? 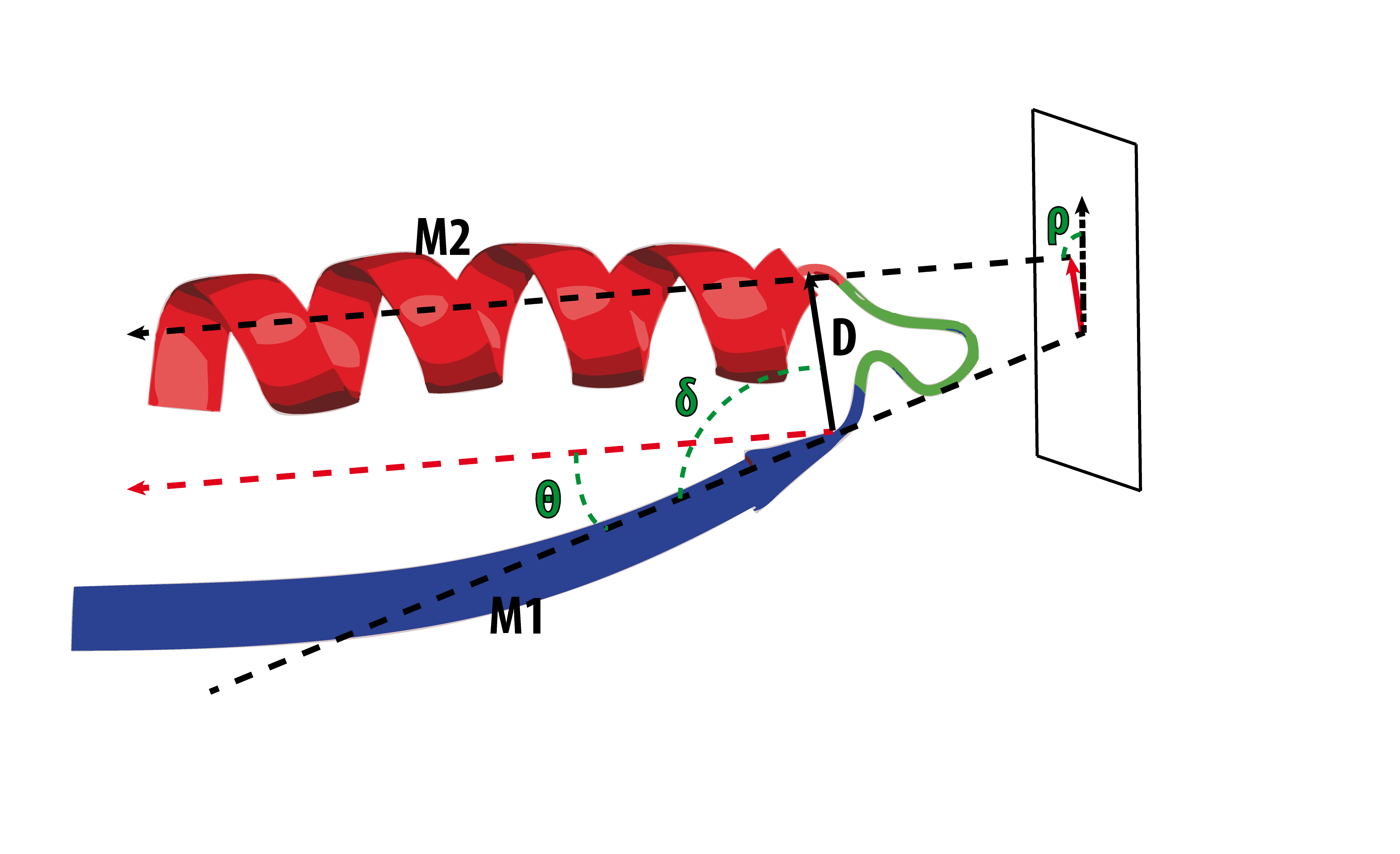 Why do we use two different clustering methods?

How does the Density Search (DS) clustering method work?

The Density Search clustering method used in ArchDB is based upon the density or mode-seeking technique (searching for regions containing a relatively dense concentration of loops), a version of single-linkage analysis (Everitt, 1974). Basically, the DS algorithm detects regions with a high density of loops in a features space defined by the length, bracing secondary structures, conformation and geometry of the loops. All loops in DS clustering have identical bracing secondary structures and number of amino-acids in the aperiodic structure of the arch, a consensus conformation (nearly identical), and a similar geometry.

How does the Markov CLustering algorithm (MCL) work?

The Markov CLustering algorithm (MCL) is a graph-based clustering algorithm. The idea behind the MCL algorithm is to simulate a flow of information within the graph, enhancing the flow where the current is strong and hindering it where the current is weak. If natural groups are present in the graph, then streams across borders between different groups will fade out. In MCL, the flow is controlled expanding and inflating the stochastic (Markov) matrix that represents the graph (see Van Dongen 2008).
In ArchDB such graph is built considering loops as vertices and setting an edge between two loops if their conformation and geometry are similar. An edge between two loops is established when all the following conditions are met: Then natural groups in the cluster revealed by MCL algorithm correspond to groups of loops with similar geometric properties. These groups were enforced to be disjoint (non-overlapping). However, in comparison with Density Search (DS), MCL allows loops of different length (number of amino-acids in the aperiodic structure of the arch) in the same cluster. Hence, all loops in MCL clustering have identical bracing secondary structures, a number of amino-acids in the aperiodic structure within a certain range, a consensus conformation, and a similar geometry.

What is the meaning of a class

A class represents different clusters of loops (sub-classes) with identical conformation in the segment defined by the aperiodic structure region plus a minimum of 2 residues of the bracing secondary structures.

What is a direct loop assignation?

If a loop has a 'direct' assignation it means that the loop strcuture (exctracted from the corresponding PDB file) was directly used during the classification. In other words, such loop structure had undergone the classification process by DS and MCL algorithms (but it does not mean that such loop was actually classified).

What is an identity loop assignation?

How is the homology assignation of loops done?

Classified loops are assigned to redundant PDB sequences through sequence homology by BLAST1. The hits used for the annotation had ot satisfy a minimum percentage of identity according to the length of the alignment (above the twilight-zone curve, as described by Rost2). Only structures with a 100% sequence coverage in the loop region were assigned by this procedure.

Why "OTHERS" category in databases annotations exceeds 100% of the loops grouped in the sub-class?

This is because a protein can have more than one of such external DB annotations. In ArchDB, the loop inherits all the annotations from the region of the PDB chain of which the loop is part of. Then, the total number of annotations for a group of loops can exceed the number of loops in such group.

Why when exploring a loop sometimes a non secondary structure shape appears (as separated atoms)?

The separated atoms correspond to what PDB understands as HETATM. This are amino acids that do not fit inside the regular 20.

How can I interpret the different coloring options of the 3D views?

There are 3 different coloring variants for the 3D view (not including the default coloring by secondary structure):

Why there is not a search option for some databases in ArchDB?

For some databases it does not make a lot of sense to build a standalone search over ArchDB. For instance, searching by taxid will only reveal the experimental bias over certain species, which would not be very useful when searching for structural properties of proteins.

How is it possible to find loops of length 0?

A loop of length 0 representes two correlative seconday structures (as assigned by DSSP) with no aperiodic structure residues between their boundaries. Thus, it can be found between two secondary structures of different type, like a shift from H (alpha-helix) to G (helix-3:10) or a transition between a beta-strand and an alpha-helix.

How does the sequence consensus string have to be interpreted?

The sequence consensus string uses PROSITE format, where positions in sequence are delimited by a dash (-) and the different accepted possibilities for a given sequence position are shown between squared brackets; wildcard positions are represented by an X.

How does the Ramachandran consensus string have to be interpreted?

Clustering of loop subclasses is based on the Ramanchandran phi/psi angles and loop geometry. A 9x9 matrix of phi/psi angle is defined as shown in the following table. The codes are explained in the table legend. Several special symbols can be used in the Ramachandran consensus string:

How are external codes annotated to loops? And, subsequently, to classes and subclasses?

Troubleshooting: I have problems visualizing 3D structures with ChemDoodle. How can I solve them?

ChemDoodle is a JavaScript library that requires the browser to support a number of components. For most of them, a simple update of your browser will suffice to correctly use ChemDoodle. However, one of such components, WebGL, may require further installation. Here, we provide a few hints on how to enable WebGL in some popular browsers. For further advice, please refer to the distribution site to get installation instructions specific for your browser.

A quick overview on how to activate WebGL in the last versions of some popular browsers:
Safari Chrome Firefox Opera Note: It is possible that your OS or graphics card does not support WebGL in Opera. Type '' in your browsing bar and check your WebGL status. If any error or warning is reported, we suggest you to use any other of the referred browsers.